Real Doctor of the Soul...

This Is the End

Craig Robinson is arguably best known for his role as acerbic Dunder-Mifflin employee Darryl Philbin on NBC’s Emmy-winning The Office. Regardless of what role you know him from, he is definitely a world away from his original career intentions. Before deciding to pursue his comedy career full time, Robinson was a K-8 teacher in the Chicago Public School System. He earned his undergraduate degree from Illinois State University and his Masters of Education from St. Xavier University. It was while he was studying education in Chicago that he also discovered his love of acting and comedy when he joined the famed Second City Theatre.

As a stand-up comedian, Robinson first made his mark in the comedy circuit at the 1998MontrealJ ust For Laughs Festival. That year, he also won the Oakland Comedy Festival Awards and the Miller Genuine Draft 1996 Comedy Search. He soon went on to perform his act on The Jimmy Kimmel Show, and Real Time with Bill Maher. Now headlining venues and festivals across the country, he does both solo acts as well as full-band sets The Nasty Delicious – tying together his lyrical comedy with his finesse at the piano. Whether Robinson shows up with just his keyboard or also with his seven-man band, the clubs are packed to the brims with raucous laughter in response to the musical comedy on display.

In February, Robinson was heard in, Escape from Planet Earth. In May, finally getting his due with his first leading man role, Robinson starred in the Lionsgate comedy We the Peeples. Playing a pushy boyfriend, Robinson surprises his fiancé-to-be (Kerry Washington) who is on a trip home to visit her family and discovers that the family is not only surprised to see him, but has never even heard of him.

This past summer, he appeared as himself as part of the Hollywood juggernaut that makes up the Seth Rogen and Evan Goldberg comedy world. With the likes of James Franco, Paul Rudd, Jason Segel, Seth Rogan, Emma Watson, Danny McBride, and a slew of their other actor-type friends, Sony Pictures This is the end tells us what will happen while attending a party at James Franco's house the celebrities are faced with the apocalypse.

Robinson spent the remainder of his summer shooting alongside Rob Corddry, Clark Duke, and story addition Adam Scott the sequel to the 2010 ensemble comedy feature Hot Tub Timemachine for MGM and director Steve Pink. The original story follows three grown men (Corddry, Craig Robinson, and John Cusack) as they visit the hot tub where they once partied, discover it is now a time machine, and travel back to their raunchy heyday in the mid-1980‘s.

Robinson has made it a point to flesh out every element of his resume, turning in a hilarious cameo in Night at the Museum: Battle of the Smithsonian as one of the Tuskegee Airman, lending his comedy genius to fellow Apatow devotee Danny McBride in his HBO television series East Bound & Down, and voicing several characters on The Cleveland Show. Robinson was heard in the final chapter of the Shrek film series, Shrek Forever After, as one of the new characters being introduced to the repertoire, a member of the ogre clan and the camp’s resident chef named “Cookie.” And taking a dramatically different role, Robinson starred in the independent feature Father of Invention with Kevin Spacey and Camilla Belle

Robinson’s additional credits include the films The Goods with Jeremy Piven, Miss March, Walk Hard: The Dewey Cox Story, Tyler Perry’s Daddy’s Little Girl and television shows including Friends, The Bernie Mac Show, and Curb Your Enthusiasm. He also turned up as a preacher in the demonstrative web video celebrity push in support of Gay rights, Prop 8: The Musical  with Jack Black, John C. Reilly, and Neil Patrick Harris. 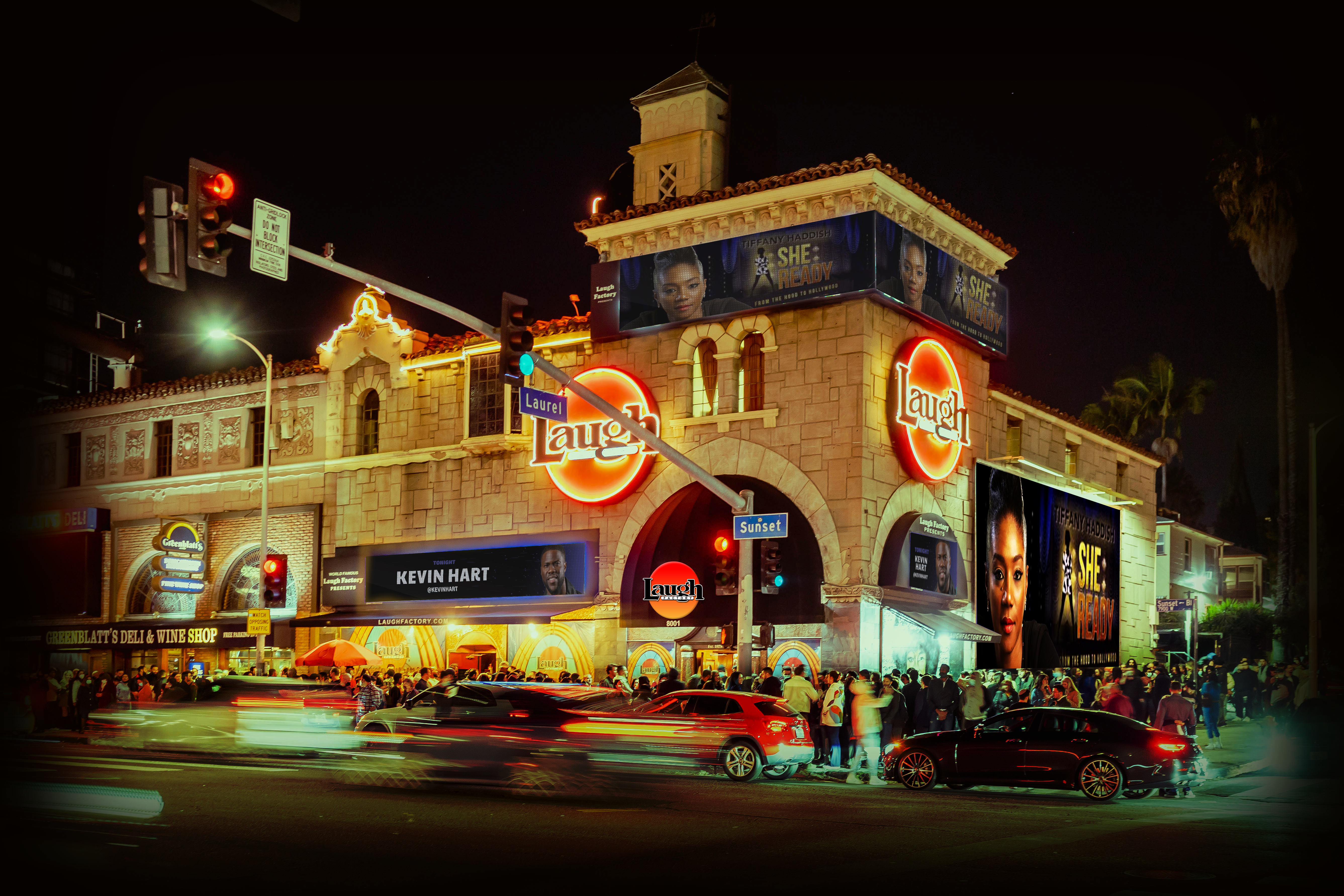 See if they are performing this week at Laugh Factory!

So you thinK you’re funny?

Let's see what our Doctors of the Soul have to say.